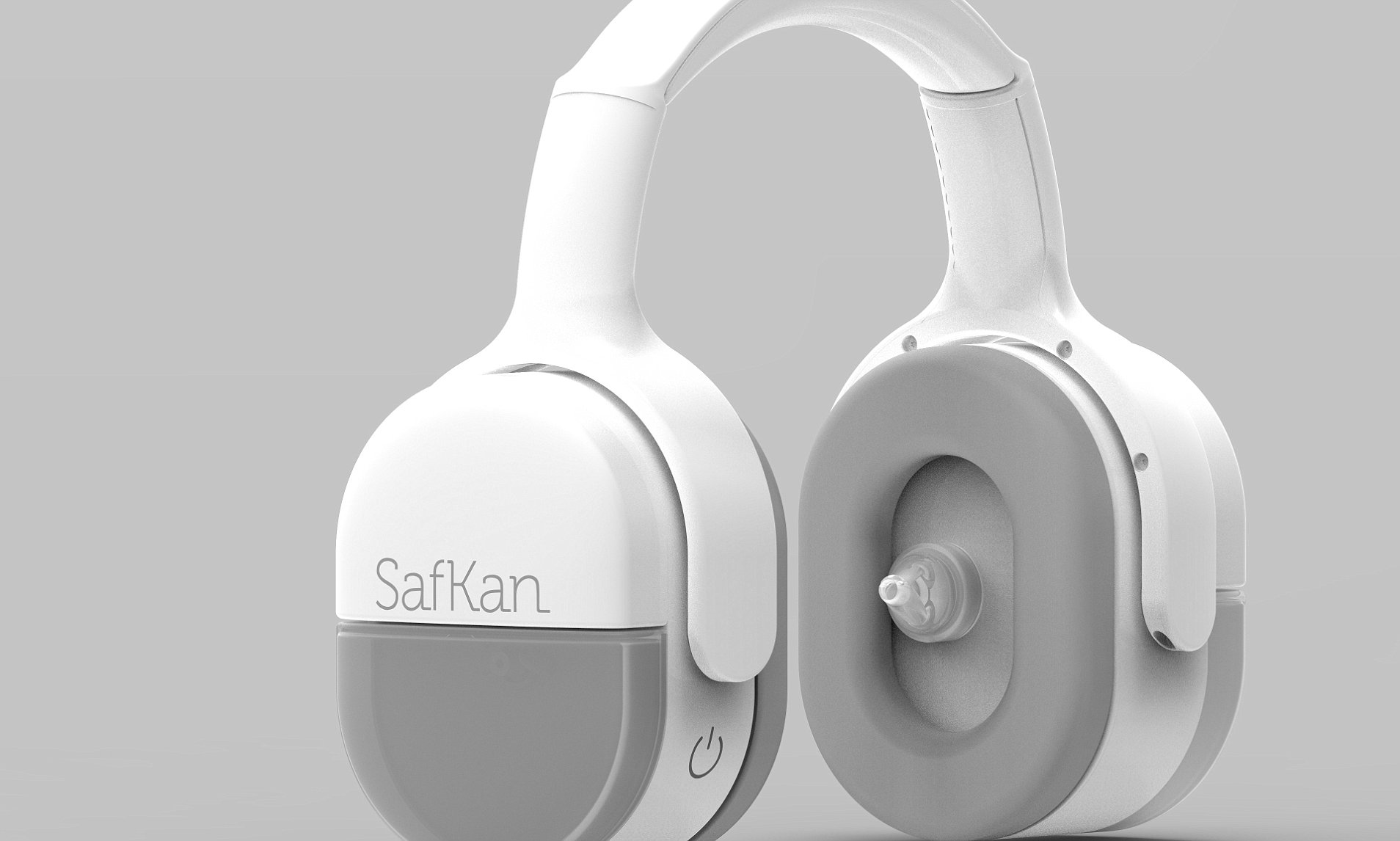 Wow! A Seattle-based start-up has created headphones that can clear wax out of a person’s ears in 35 seconds!

It works by injecting a mixture of hydrogen peroxide into the ear to loosen up wax before suctioning it out. It’s a life saver for millions of Americans experiencing excess or impacted ear wax.

One in 10 children, one in 20 adults and one in three geriatric patients have excess or impacted ear wax, according to the American Academy of Otolaryngology.

SafKan claims that new technology make ear-cleaning more pleasant for users, as well as saving time and money for physicians. SafKan recently raised $1 million to help launch the headset at US hospitals

In a press release Dr Gary Kato, a family care physician in Washington, said: ‘The SafKan team has developed a brilliant concept and design for managing a condition we commonly see in the office setting.

A 2014 study by the University of Michigan found that thousands of adults find themselves in the ER each year because of cotton swab incidents.