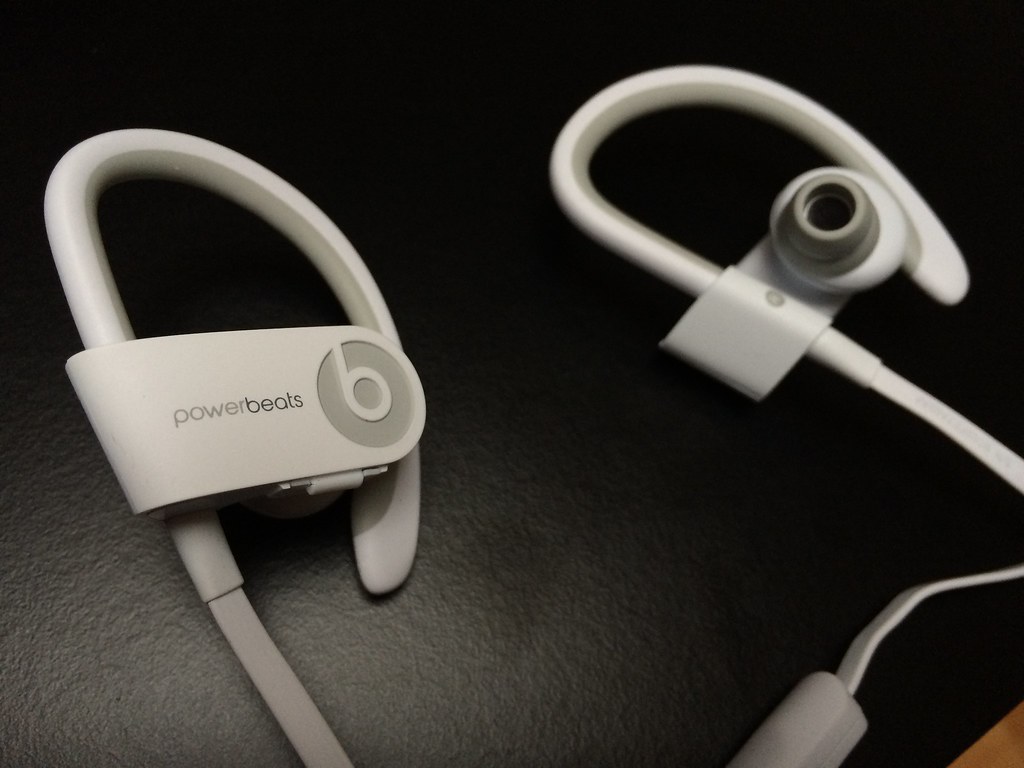 With the Powerbeats earbuds, Apple has invaded the fiercely competitive market for wireless earphones. They combine impressive features such as water resistance, sweat resistance, and long-range optical sensors for a fluid experience. The powerful HI chip allows seamless connection across all Apple devices, maximizes battery life, and increases the range over which you can use the earbuds.

However, there are some interesting little-known features that you should learn to get the most out of your Powerbeats earbuds.

I’ve given an extended review of some simple tweaks and lesser-known hacks that are probably never talked about. So let’s get down to brass tacks.

1. Give Your Powerbeats Pro a Custom Display Name

The first time you connect your Powerbeats earbuds, they’ll have a very default generic name. If you’re like me, you probably want to change their name to something that matches your unique style. The steps involved are similar to AirPods.
Here’s what you need to do to change their name:

That’s it! Your earbuds now have a new name. You’ll have a much easier time configuring your earbuds (which is especially handy if you’ve got a swarm of Bluetooth devices nearby and need to quickly identify your Powerbeats Pro).

Thanks to the H1 chip, the earbuds make the most use out of their battery life allowing you to use them for an extended period of time. The earbuds offer an industry-leading 9 hours of playback time and 6 hours of talk time, so it’s highly unlikely that you’ll ever run out of battery over the course of your workout sessions.
But if you’re paranoid and want to check how your earbuds are holding up, there are a few different ways of doing so depending on the device:

Note: You’ll need to install the Batteries widget if it isn’t already installed.
Here’s how:
If both earbuds are out of their charging case, the Batteries widget will show a single percentage for the earbud with the lowest charge out of the two. To find the individual percentage of each earbud, place them back in their case.
Alternatively, you can also ask Siri, “What is the Battery life of the Powerbeats” and you will get a response to the effect of, “Your Powerbeats Pro Case is at X%” along with the status on other connected Apple devices.
If you’re not wearing your Powerbeats Pro earbuds, simply bring your iPhone close to the charging case with the earbuds inside. The charge status of the earbuds and the case will appear separately on your iPhone screen. To view individual percentages for the two earbuds, simply take one out of its case.

On Your Apple Watch

The charging case light is a pretty good indicator of battery percentage. The LED on the front will blink red when the battery drops down to 40%, which means it will not fully charge both earbuds until it’s been charged again.

One of the joys of using Powerbeats Pro is the Fast Fuel feature that lets you get 1.5 hours of music playback after charging for only 5 minutes and 4.5 hours of playback with only 15 minutes of charging.

3. Getting the Most out of Siri with Your Powerbeats Pro

The use of Apple’s Hi Chip gives the Powerbeats Pro access to a number of handy features, including the ability to summon Siri entirely handsfree and issue a range of commands. Just like with AirPods, all you have to do is drop the trigger words, “Hey, Siri” to get started.
But the trigger word, “Hey” is going to get more than just your voice assistant’s attention in a public setting. To activate Siri without having to say the magic words, simply hold the Pause/Play button on the earbuds for 3 seconds. This would prompt Siri so you can issue your commands.

The noise-canceling ability of the Powerbeats Pro earbuds is good enough to make any journey in a plane, automobile, or train a pleasant experience. But it may not be such a good idea, from a safety perspective, to completely block out auditory response in a public setting. You can ‘de-isolate’ the earbuds simply pulling out the ear tips just enough so you can hear normal levels of conversation.
Don’t worry though, the earbuds will still stay in your ears pretty solidly thanks to the ear hooks and the music will continue to play uninterrupted.

5. Sharing Music with a Friend

The Powerbeats Pro earbuds are separate and independent of each other. Their optical sensors can detect when the earbuds are placed in your ears (or in their charging case). But they can’t tell if they’re in your ears or someone else’s – or someone else’s at the same time as yours. This allows you to give your friend an earbud and you can both listen to the same tracks at the same time.
It is worth noting that your friend can control the music you’re listening to by interacting with the Beats “b” logo. With a single tap, you can Play/Pause a track. Double-tapping skips the track. Tapping the button thrice goes to the previous track.

You can double the battery life by using only one Powerbeats Pro earbud at a time. Keep the other earbud in its charging case so that it retains all its juice. Once the earbud you’re using runs out of battery, you can switch it for the other earbud inside the charging case.
Doing this essentially doubles the battery life.
The key to doing this successfully is by pressing the Pause/Play button again after removing one of the buds from your ear. The Powerbeats Pro sensors only activate the earbuds when they’re in your ear.
If you don’t like this feature, you can turn automatic ear detection on/off. If you’re on an iPhone, simply go to Settings, tap the Bluetooth menu, tap the “i” next to the name of Powerbeats Pros, and then simply toggle the switch that says automatic ear detection. Unfortunately, this is not possible on an Android device.

7. Connecting with an Android Device

Once you’ve gone through the above settings, you should be able to see an option to allow access to your contacts, which you’ll need to make and receive calls. Now your Powerbeats Pro and Android device are paired.

If the earbuds don’t show up in the list, press and hold the small button inside the case until the LED light on the front flashes. This will make the Powerbeats Pro appear on the list so you can select it.

Note: You cannot another voice assistant with your Powerbeats Pro other than Siri. And Siri is not available on Android devices.

You will not be able to get a quick peek at the battery level of your Powerbeats Pro via Quick Settings shade at the top of the phone either. The good news is that the Powerbeats earbuds can go for 9 hours outside the charging case.

The Powerbeats series combine high-quality sound with long battery life, convenient Bluetooth connection, and a mix of technological wizardry to help you get the most out of your device. They easily edge out most earbuds in the market at this price range, which is something we can all celebrate.

If you liked the above features and found them to be useful, do let us know in the comments. If you found a unique hack that we couldn’t cover, share your feedback with us below.