Dropped AirPods in Water? Here’s What You Should Do

Dropped AirPods in Water? Here’s What You Should Do

How Headphones changed the world

How Headphones changed the world

How to Find Lost AirPods That are Offline in 2022

How to Find Lost AirPods That are Offline in 2022

Powerbeats Hacks: How to Get the Most Out of Your Wireless Earbuds

Powerbeats Hacks: How to Get the Most Out of Your Wireless Earbuds

How to pair bluetooth headphones to multiple devices

We use Bluetooth as a means connect to several different devices in our household. These can be smart speakers, smartphones, tablets, laptops, wireless headphones, or other smart devices. However, very few people take advantage of a technology called multipoint. This allows the connectivity of more than a single device to one other Bluetooth device. For example, you can connect both your smartphone and wireless speaker to your computer via Bluetooth multipoint.

The high end Bluetooth devices available today support this technology, and so do quite a few laptops and smartphones. However, this technology is still not very well known. In fact, very few people connect to more than one device at once. That being said, for business professionals and creatives, there is a lot to be achieved with Bluetooth multipoint. 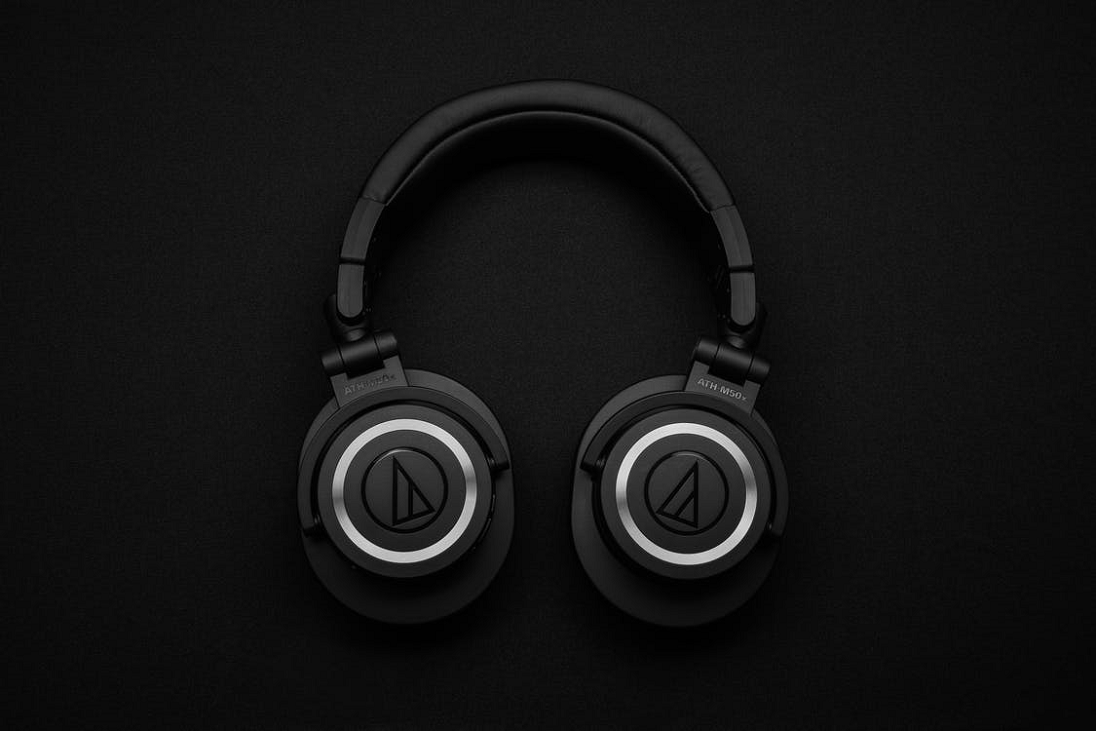 Multipoint was first introduced for Bluetooth technology with Bluetooth 4.0. That’s nearly a decade old, since it was introduced and adopted on 30th June, 2010. Simple multipoint support allows the pairing of two different Bluetooth sources at the same time. This includes smartphones, laptops, headphones, smart speakers, etc. Only compatible devices are supported though. You can’t connect two devices to one device while either supports only Bluetooth 3.0. Nothing below Bluetooth 4.0 can access this tech.

What are the Benefits of Bluetooth Simple Multipoint?

The key benefit of the technology is quite simple: multitasking. You can connect to two Bluetooth enabled devices at once. You can listen to music on one device, and take a call on the other. The output can be received on one device.

This allows a consumer to not miss a beat or seamlessly switch from one activity to another. They can carry on their work without being disturbed and only interrupt their workflow for an important call. Professionals can also switch to voice notes on one device and then resume playing music on the other.

What are the Limitations of Bluetooth Multipoint?

Let’s begin with the most obvious limitation. You can’t stream media from two different devices at once even if you are connected at once. That limitation may not matter to many, but it is a limitation none the less. Also, advanced multipoint isn’t supported by most headsets today. Many of them have compatibility issues and problems connecting to different devices.

There is also the problem of lag and spotty connectivity when two devices are connected at once. Older models of different devices may not support multipoint connectivity as well as new ones do. Then we get to codecs. For example, Sony WH-1000XM4 headphones, while excellent only support the AAC Bluetooth codec. That means any device using a different codec won’t be compatible with it. Now, the AAC codec is supported on a wide variety of devices. However, that doesn’t rule out non-compatibility.

For that reason, multipoint is also rarely stated in the marketing copy. Very few devices will have the ability listed on the cover. You will have to dig through a manual or a thorough review to find the feature.

Perhaps that’s why the feature isn’t more widely used or adopted. Nevertheless, the new breed of ANC headphones listed below have given the adoption greater hope.

While both operate on the same principle, the latter is obviously much better in comparison. Advanced Bluetooth multipoint ensures better connectivity and thus enables you to get better sound quality from either device.

What is Triple Connectivity?

This stretches advanced Bluetooth multipoint to its limits. It allows a device to connect to three other Bluetooth enabled devices at once. This isn’t as common among devices as advanced multipoint. The greatest advantage of triple connections is they allow the user to merge calls from two different sources.

Why is Advanced Bluetooth Multipoint So Hard to Find?

It all comes down to 2 major reasons at the end: customer preference and cost-benefit ratio. For most general consumers, Bluetooth multipoint isn’t an issue. When someone buys a smartphone, a laptop, a wireless speaker, a tablet, or a pair of headphones, they don’t think of it. They think more of the battery life, the other features, the sound quality, and the software experience of it all.
For professionals, however, advanced multipoint support is very important. They want to be able to listen to music, answer calls, and receive input from different devices and apps simultaneously. They also don’t want lag or a break in functionality.

However, the average consumer and professionals aren’t exactly equal in numbers. Hence, the buying power and the sheer number of average consumers wins favor over the professional. So most devices don’t feature or actively advertise multipoint support. It’s just not worth the effort or the returns. If they do have it, it’s more likely the simple kind rather than the advanced kind.

How to Activate Bluetooth Mulitipoint on Your Device?

This is pretty simple. You can either follow the instruction manual for your device, or follow this small tutorial. For some devices, there may actually be an app to facilitate the process.

These headphones may not be the best on the market. However, they’re the greatest wireless consumer headphones with a combo of active noise cancellation, sound quality, and multipoint support. 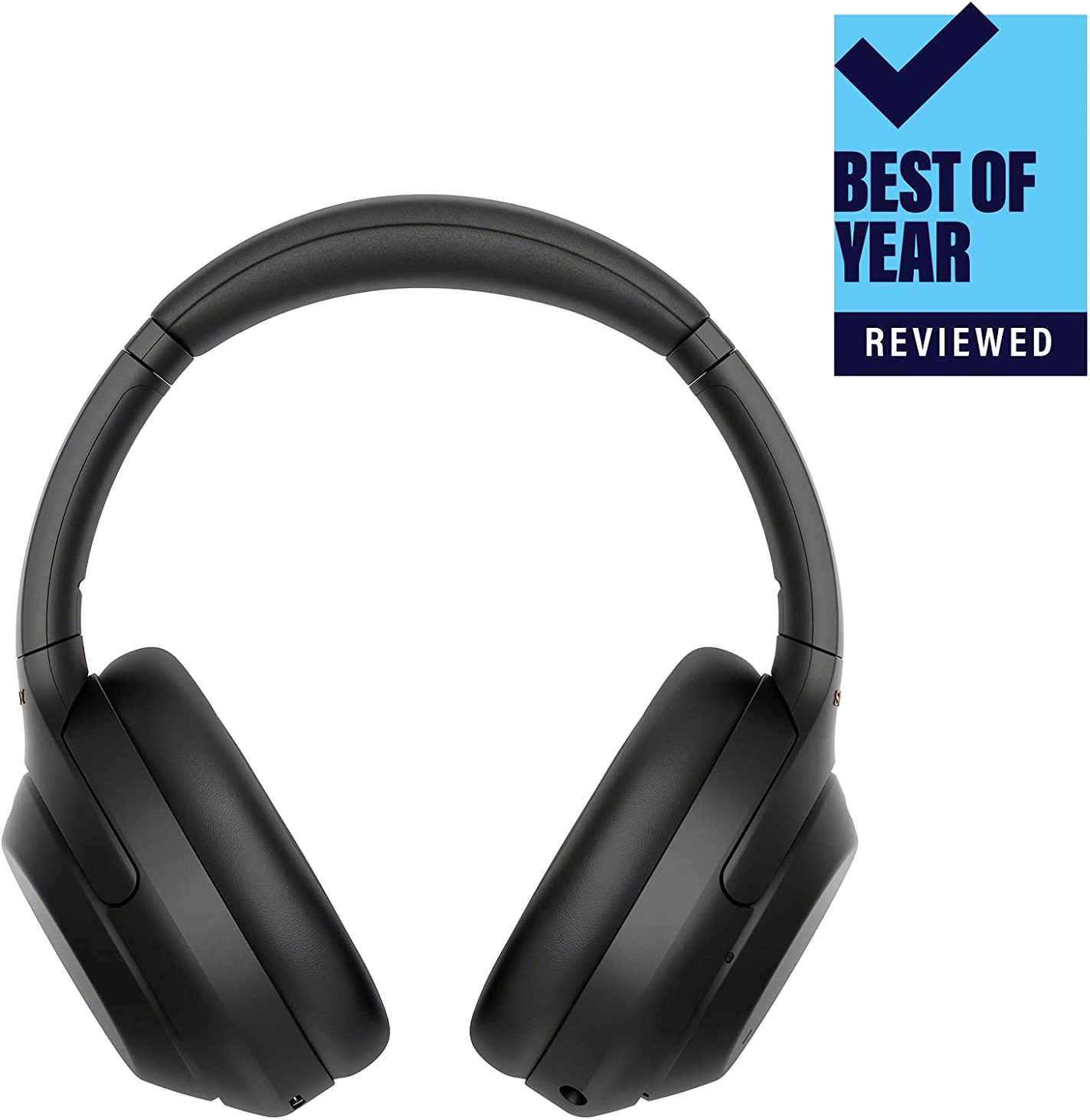 If you want the full package, these are it. The WH-1000XM4s have been lauded as the best overall wireless headphones on the market right now. With a cheap price tag to match, they’re a perfect combo of sound quality, active noise cancellation and multipoint support for an average consumer.

They also feature a 3.5mm headphone jack and a complimentary cable alongside a fantastic build. There is also a dedicated smartphone app, available on both Android and iOS to facilitate pairing and the listening experience.

They also feature intelligent adaptation, meaning they turn off noise cancellation while you’re talking. As for multipoint support, they barely skip a beat. 3+ year older devices may have connectivity issues, but anything a year old will work just fine. If you’re a professional looking for a great headset for work or play, this is it. 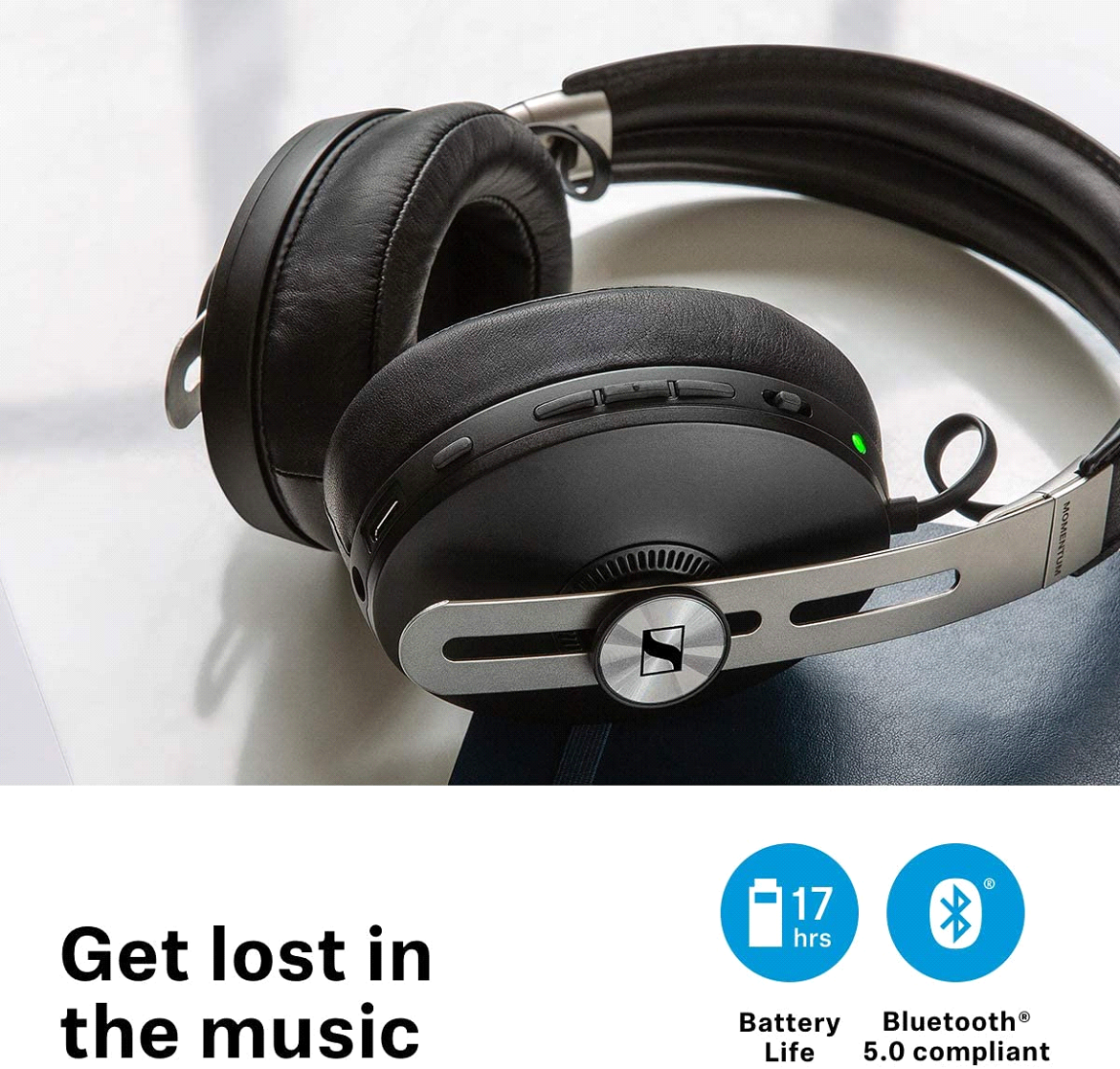 Sennheisser is a brand that is revered among audiophiles. It’s known for its luxurious $1000+ headphones and open back designs. However, this one is a competitor for the modern average consumer. Mid-range headphones are becoming a competitive market, and so Sennheisser has thrown down the gauntlet.

The product obviously has impeccable sound quality and build quality. It also has good active noise cancellation performance and support for Bluetooth 5.0. It’s a little more expensive than the competition for its sound quality, but then that’s what you’re buying it for.

For audiophiles, there is no better choice of wireless headphones in this price range. 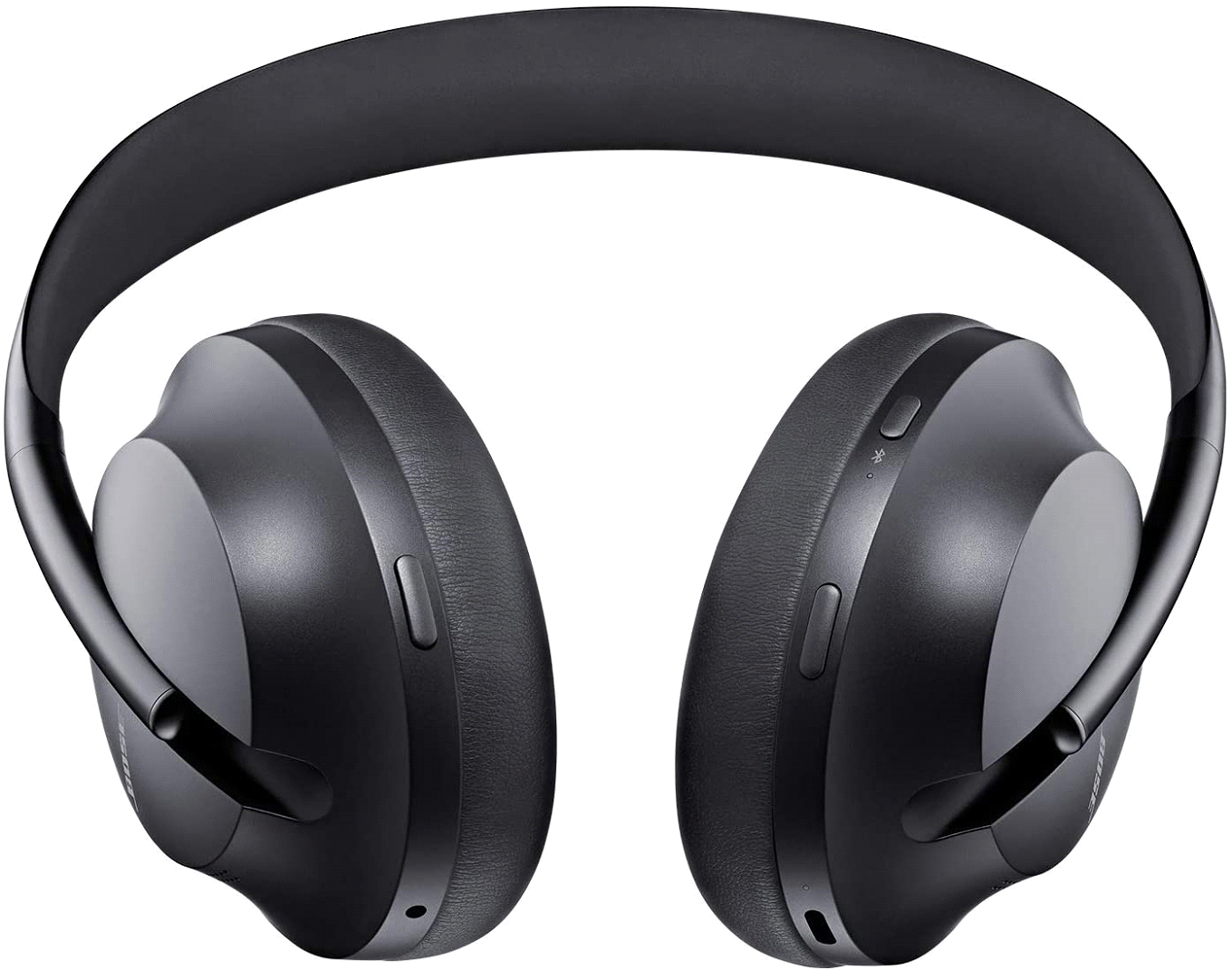 If you want the active noise cancellation king among mid-range wireless headphones, the Bose 700 are it. Aside from the great design and build quality, you can’t go wrong with these when it comes to multipoint support.

Of course, it features touch controls like all the others on this list, and it has good sound quality. If you’re a professional looking for the premium experience in comfort and quiet, you should pick these up. You won’t get any dropped calls or any skips when it comes to songs or audio files.

Multipoint support is one of the most important advances in Bluetooth technology in the past decade. While adoption has been slow, a greater number of options in the consumer space is about to change that. While consumers may not buy products for their multipoint support, they will be getting it anyway. Eventually, it will cease to be a “premium feature” and become pretty standard, like active noise cancellation.

How to Clean Bose Earbuds: A Comprehensive Guide