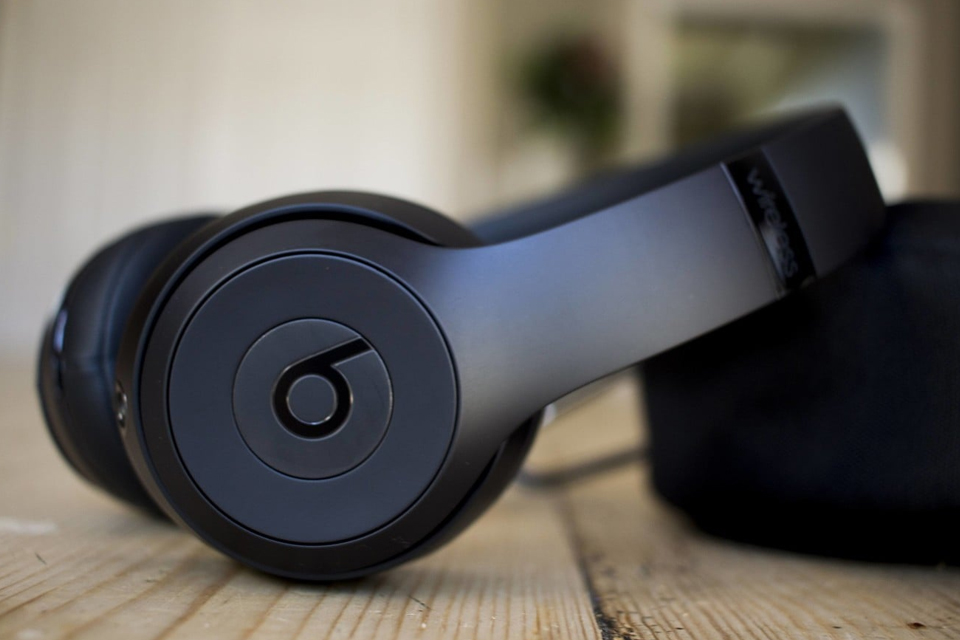 Essentially, the story of Beats is a story about a brand and how, with a little bit of marketing magic, you can make a billion dollar company out of a 20 dollar worth of “headphones”.

Everything started in 2006 when company Beats was established – Jimmy Iovine together with famous rapper Dr. Dre decided they want to improve the general quality of headphones their music is listened on because, and I quote Dr. Dre “Man, it’s one thing that people steal my music. It’s another thing to destroy the feeling of what I’ve worked on.”

They partnered with Monster Cable (audio and video component manufacturer with a bad reputation) which led to the birth of their first product – Beats by Dr. Dre Studio in 2008. And if they really wanted to make their music to be reproduced better – they really failed.

Their product, at that time, had a hefty price tag – 350$. That was a lot of money for headphones in those days, but the marketing was a bingo – and millions of people decided to cast away their regular earbuds and put some cash in for some quality headphones. But the trick was – they were really, really bad.

They were stylish (to most people at least) but the sound quality was, to say at least, average. Bass was powered up (that can maybe be good for electronic or hip-hop music, but it’s a fail for every other music genre), mid and lows were sub-par even compared to 50$ headphones.

They were leaking sound and had an average sound isolation. Build quality was terrible – they were made from, what seems to be, cheap plastic and were designed basically to break apart after some time. But people all around the globe loved them – they were glossy, entertaining, kinda boomy with bass, but more important – celebrities were wearing them. And seemingly that was enough for people to toss almost 400 dollars for a really mediocre piece of equipment.

After a couple of years, the company changed its ownership and came to Apple hands in 2014. Today we will be reviewing Beats Solo3 Wireless that was released in 2016, so let’s see if anything changed regarding the quality of the product. 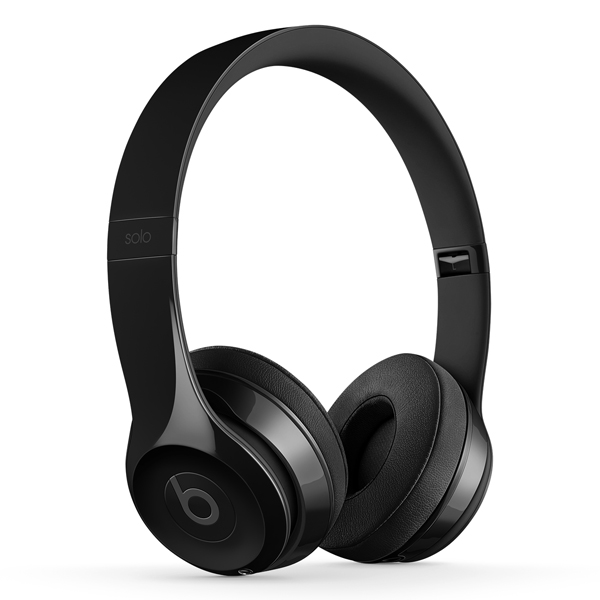 Because Solo3 Wireless is a successor of Solo2, we will make a comparison what Apple did/didn’t do to improve their product.

The design is virtually the same, the same as the build quality.

Expect a very snug fit even once you are running or performing some chores. The earphones stay securely on your ears. Your head may feel a bit heavy after hours of using it. In your left earcup are the control panels: controlling playback and pause, navigating song tracks, answering or ending calls. Also, it has a hidden mic so taking calls or using Siri may be a lot easier.

One of the key things for every wireless headphone is the Bluetooth connectivity. While on its previous model Solo2 it was kind of a hassle (for example switching Solo2 on a different device required a long and boring dc/Rc process), Solo 3 shined like a diamond.

What’s the difference? One word- W1. The biggest feature of the W1 chip is seamless Bluetooth setup. Anyone who’s used Bluetooth devices is almost certainly familiar with how awful pairing can be. The W1 chip fixes this problem. To pair headphones with the W1 chip to an iOS device, you just need to turn them on and hold them nearby. A popup will appear on the screen. Tap Connect and that’s it.

Another thing that where Apple did an amazing job compared to the previous model (and even vs competition) is the battery life. Again with the help of W1 chip they made. On the previous model, you could get 12 hours of listening to music before you needed to plug it in. Now, with the new model Solo3, that time was increased up to 40 hours, which is really a great improvement. 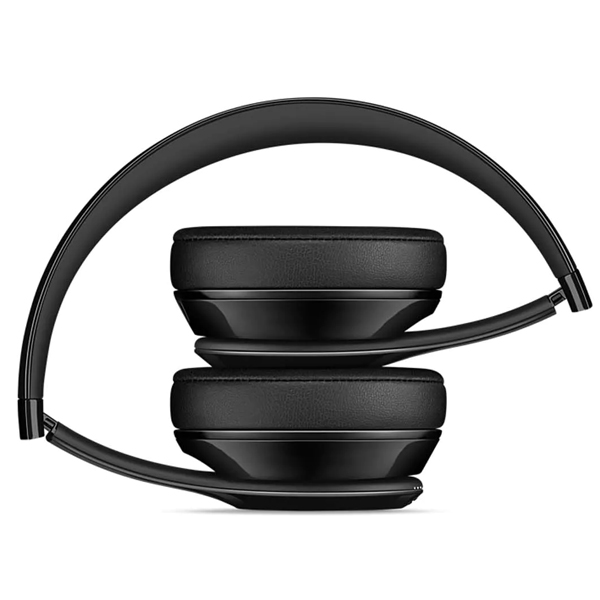 When thinking about Solo3 and the quality of materials used I can only say – meh.

Overall, the quality of these headphones is too low for the price they are marketed off. To put it plainly – cheap materials were used that gives neither the comfort (they squeeze too tightly for a longer usage) nor the durability of the product.

Common problems even after a couple of months of using them are discoloration and falling apart of faux leather on the earpads, which is really unacceptable for a 300+ dollar product. They won’t break after a fall, we can give them as a plus, and the headband is reinforced with a metal frame but the plastic coating is prone to scratches and scuffs and feels a bit rigid, which could crack if you bend them too far.

The Beats Solo 3 Wireless use squidgy rubber for the headband that sits on your head, which tends to spreads the pressure well and is much higher friction than conventional headband padding – not a bad thing for jogging at least.

As in previous model Solo2 and other Beats models, the build quality is too low compared to the price and that just ticks me off too much. I mean, currently, new ones are sold for 240 dollars, is it too much to ask for better materials that won’t give you up after 6 months or a year? 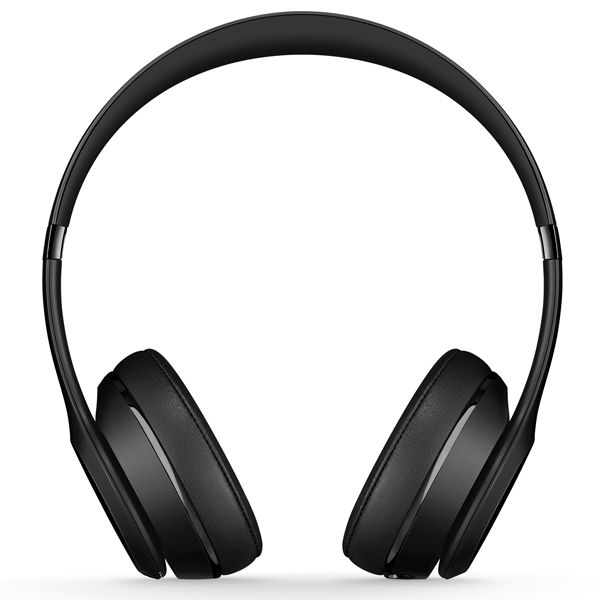 When you talk about the sound that Beats give, there are always two groups of people – one hate them and think the sound is bad, others think the first one is crazy and that the sound is great – everything is really subjective and depends on the type of music you’re listening and how good headphones did u have before Beats.

The sound signature is a coloured Beats presentation with a massive low-end accentuation, forward mids, and a very laid-back treble.

While that seems fun for modern music like rap/hip-hop and electronic music, it’s really a pain if you listen to other types of music with mostly real instruments and no modern production.

I am very aware that Beats has made measurable improvements in their sound but they still don’t match up with many other brands on a price to performance scale. 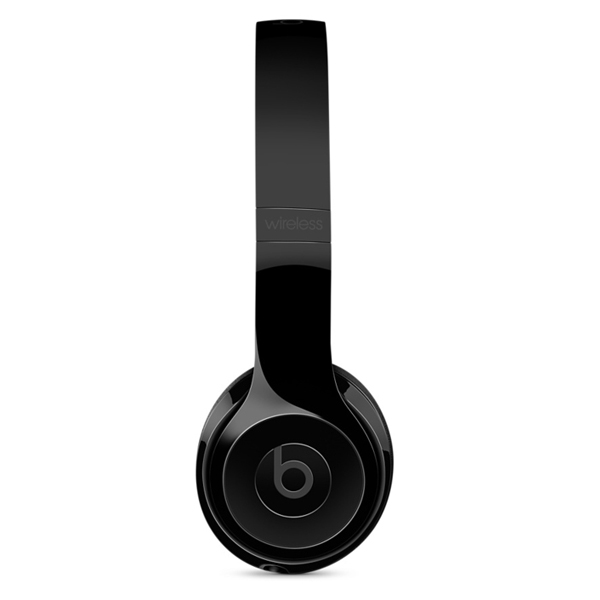 Beats Solo3 are have a noise isolation, meaning that most nonsense noise will be filtered out by the music you play on the headphones. When you find yourself against a more extreme level of backdoor noise, you may find it impossible to enjoy your music without the need to crank up the volume up.

Nevertheless, with a good design combined with a strong (yet too strong for my taste) grip force on your ears, nicely padded ear pads, you won’t have problems with using these babies in a crowded area for example. For a noise isolation type of headphones, I would give them a great 7/10 mark, considering they are on-ear headphones and they tend to have a little bit of a sound leak â€“ so be careful when using them. 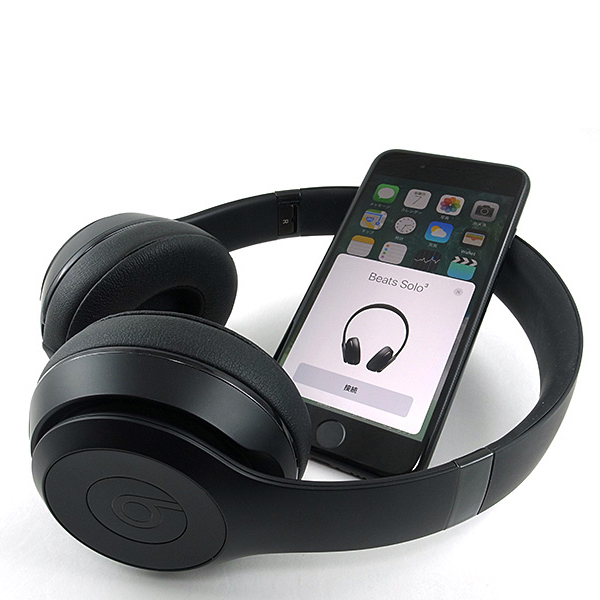 Controls and general giveaway is above-average – buttons feel responsive and are well spaced out on the small earcup. They provided the basic but essential functions: track-skipping, call/music, and volume controls. The buttons are a bit small but they’re not much of a problem really.

Generally speaking, they are quite easy to use and the feedback is quite responsive. Overall, above-average to say at least so this is another strong point of Beats Solo3. 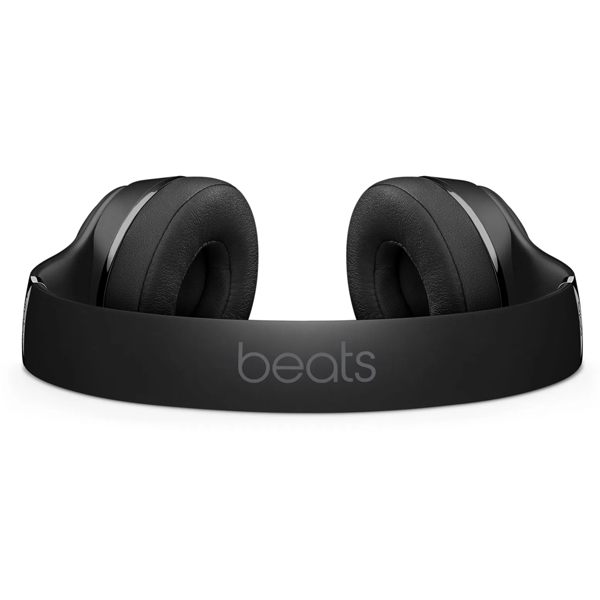 Here’s is one of the strongest points of Beats Solo3 – battery performance. As we stated earlier, Apple included their new W1 chip into the Solo3 which gave them tremendous power over other models, and even against the competition – Solo3 has 40 hours before it runs out of power.

They also charge quite fast delivering just above 2.5 hours of playback from a 5-minute charge and a complete charge takes only 1.5 hours. This makes them a great headphone if you’re often on the go and do not have a lot of time to charge your headphones.

However, they do not have an auto-off timer so the battery will continue draining if you do not switch them off. Solo3 battery performance is really 10/10 if you ask me, and W1 chip was really a great addition to Beats in general. 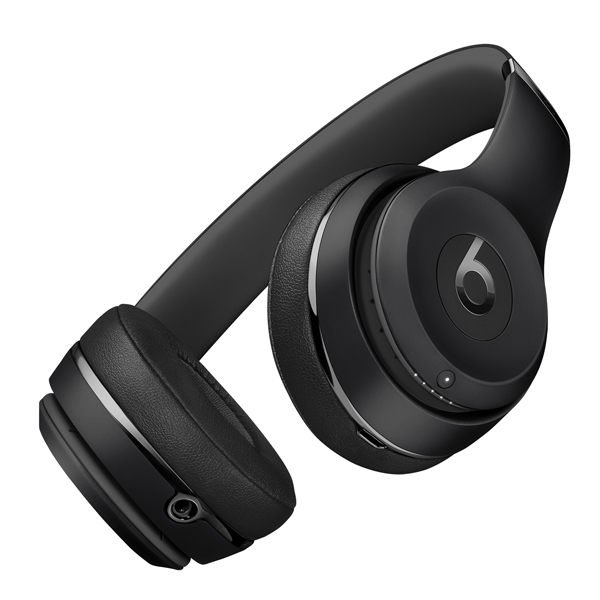 Another strong point of Solo3 is their wireless connectivity – again thanks to the W1 chip they implemented. For iPhone users, the connection is instant. You can easily pair it with a single button.

The Beats Solo3 Wireless connects wirelessly via Bluetooth and also come with an iOS-specific 1/8″TRRS audio cable with an inline mic. They have one of the best line-of-sight and obstructed range.

These headphones have about 179ms of latency, though it gets a little lower when you hook it up on iOs devices (again W1 chip kicks in here).

Here’s the good part of the Beats Solo3 and generally Beats models- they have quite a colour palette. Currently, there are plenty of choices for Solo3 – they come in matte black, matte silver, matte gold, gloss black, gloss white, rose gold, gold, silver, and red.

And those are only standard color editions, not the limited ones that are even better.Every color gives a different vibe, so kudos to Apple for making a great variety of colors for Solo3 that gives them kind of a unique yet tasteful look.

The current (though limited time) price is 239,95$ which is reduced from 299,00$ they were previously priced. And depending on your music taste and the quality to price ratio, I’d say it is really too much. This is not a bad product and is quite improved since Apple bought them, but it’s still too far away from the price they are charging.

As we already saw, the build quality is at least sub-par in that price range, comparing to the competition. Even though the plastic doesn’t look cheap – it sure feels like it. Sound quality is meh, especially if you are a music enthusiast or audiophile, you will find their sound is too “fake” for your ears.

The only thing Beats Solo3, compared to the competition, really shines is battery performance – and I don’t think that’s enough to explain its price. 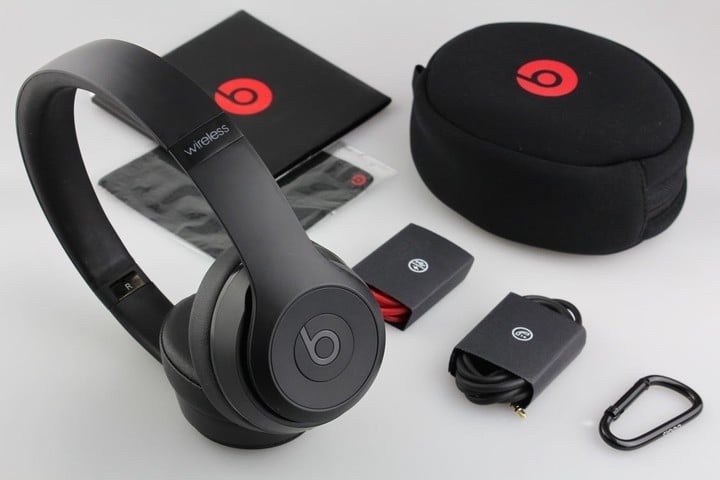 Well, if you aren’t crazy about the perfection of sound reproduction by headphones, and you love stylish and popular things – look no more – these headphones are the epitome of a popular product.

Also, Apple pioneered its battery performance W1 chip, so you’ll find that quite relaxing because there is no need to always carry a charger or charge it every day before using them. 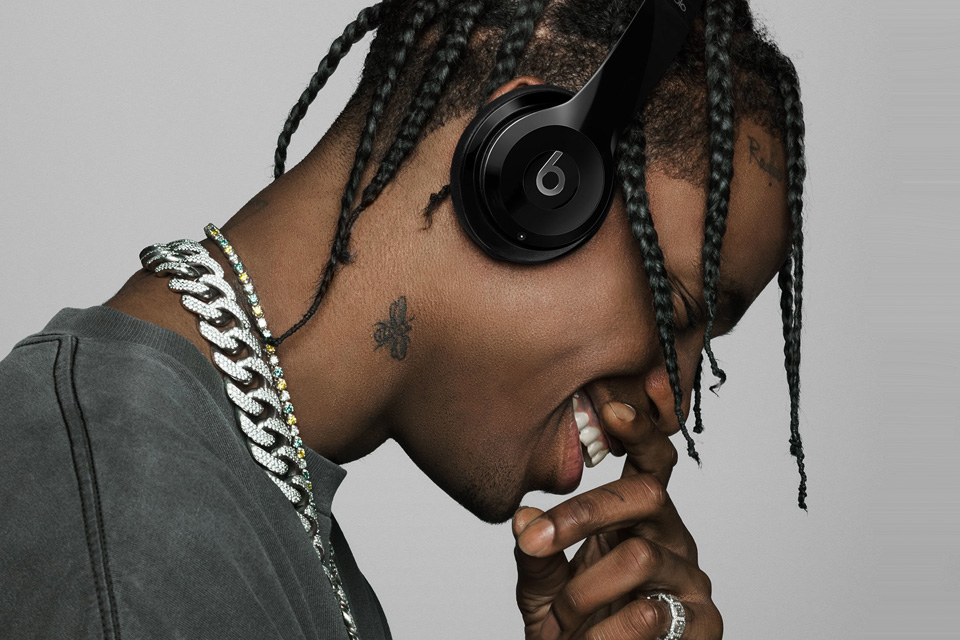 As with every product, Beats Solo3 has its pros and cons. I will let you, the consumers decide, after reading this review and trying them out.

I find them too expensive, especially in 2021, where the competition really is great and much better when comparing the quality to price ratio.

Apple is still Apple – and they tend to overprice their heavily marketed products. We are often told that their products are revolutionary and a masterpiece of esthetic and design – which sometimes they really are. But (with the exception of the W1 chip that really is a revolutionary thing), I fail to see great ingenuity in this model.

I won’t deny that this model is very popular – marketing really did pay off – but if you value a great sound quality combined with a durable and comfortable design – look the other way, Beats Solo3 isn’t really for you.