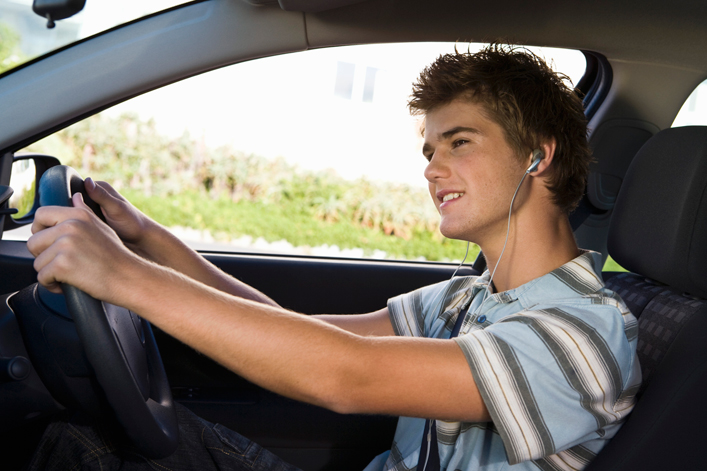 Headphones are legal to use, but are they legal while driving?

As we all know, each state or region has its own laws which is different from others. In some states (and in some provinces in Canada), there are no restrictions while in some states there are few legal restrictions on the wearing of headphones while driving.

According to the American Automobile Association (AAA), which upholds a detailed list of different states vehicle laws, the following states or federal district have no legal prohibitions on wearing headphones while driving.

In the states mentioned above, the wearing of headphones while driving is legal. On the other hand, some states have strict laws against that, with few exceptions.

These states include: Louisiana, Maryland, Ohio and Rhode Island.

In these states, wearing headphones while driving is illegal while for the remaining states, there is certain provision for exceptions as listed by the America Automobile Association, which has been summarized below:

Using of headphones is not allowed while driving, except headphones, used and designed to enhance the driver’s hearing ability.

Licenses of child care facilities must make sure that an individual who uses a motor vehicle to transport enrolled children does not use headphones while driving.

Using of headphones is prohibited while driving unless it’s designed to aid hearing or specifically designed to reduce injurious noise levels.

Wearing of headphones while driving is prohibited, except hearing devices designed into protective headgear and headsets covering only one ear and used with a hand-held telephone.

Wearing a headset, headphone, or other listening devices, other than a hearing aid or instrument for the improvement of defective human hearing, is not permitted while driving. Using of headphones in one ear for communicating with a central base operation or in conjunction with a cellular telephone is permitted.

Wearing a headset or headphone which would weaken the person’s ability to hear, or any device which weakens a person’s vision, is not permitted while driving. With the exemptions of headsets or headphones used for communication purposes.

Usage of headset receivers is not permitted while driving. Except the following which include; intercom helmets on motorcycles, mobile phone earpieces, and single-sided headsets.

Wearing headphones is not permitted while driving, unless the headphones are used for communication in connection with directing the course or movement of said vehicle.

Wearing headphones or earphones in both ears simultaneously for the purposes of receiving or listening to broadcasts or reproductions from radios, tape decks, or other sound-producing or transmitting devices, is not permitted while driving. Except designed to enhance the driver’s hearing ability.

Wearing more than one earphone fixed to a radio, tape player, or other audio device is not allowed while driving.

Wearing or using headphones or earphones is not allowed while driving. Exempts the use of hearing aids, and the use of a headset in conjunction with a cellular phone which only provides sound through one ear and allows surrounding sounds to be heard with the other ear.

Using any headphones or earphones connected to any electronic device that has the ability to receive a radio broadcast or play a sound recording, in which the headset or earphones mute or exclude other sounds, is not allowed while driving. This only exclude motorcycle helmets with approved built-in headphones, hands-free wireless communications systems, and hearing aid devices.

Not a good idea

In all, in the United States, wearing headphones while driving is legal in thirty states, illegal in four states while for the remaining states it is only allowed when it’s designed to aid hearing or specifically designed to reduce injurious noise levels.

Despite the fact that there are few legal restrictions, this doesn’t mean it’s a good idea.

The American Automobile Association (AAA) has notified the public about the harm and risks involved with wearing earbuds, headphones, or the wireless earbuds while driving, informing motorists it could potentially create more dangers on the road.

Cindy Antrican, who is the Public Affairs Manager for American Automobile Association (AAA), said that wearing of headphones and other listening devices while driving could intensify a person’s sensory bereaving and cognition distraction level.

She added that distracted driving laws have not kept pace with the evolving technology and many drivers are uninformed about what is legal or illegal regarding wearing headphones while driving a vehicle.

There are even headphones that have noise cancellation acoustical technology and this could be a serious problem as you may not hear significant sounds or cues for driving safely, such as the sirens of approaching emergency service vehicles and other road warnings and signals. According to statistics one of every ten deadly motor vehicle accidents in the United states involves distraction.

This distraction which occur as a result of the use of electronic devices such as Headphones has been termed as inattentional blindnessby the researchers at the University of Maryland Medical Center in Baltimore.

What matters most isn’t whether headphones are legal while driving, but driving safely.